Providing the world with a sustainable and environmentally friendly energy supply poses a truly grand challenge. The current global energy consumption is about 20 terawatt, a significant amount of which involves thermal energy in the form of heating, cooling, or waste heat. Nano-engineering has shown great potential in improving the utilization and conversion efficiencies of thermal energy. Materials with thermal transport properties controlled through nano-structuring can surpass existing limits by manipulating the energy carriers, such as increasing phonon scattering by incorporating interfaces. Developing nano-engineered functional thermal materials for energy conversion, storage, and management is a multidisciplinary challenge requiring collaborative efforts and diverse approaches. Advances in numerical/theoretical predictive tools, material synthesis, material characterization, and device integration are needed in this area.

We use high-fidelity simulation, such as molecular dynamics (MD) and density functional theory (DFT), to predict thermal properties in the novel nano-engineered materials and study their thermal transport, in order to facilitate the optimized design in these functional thermal materials. Here are examples of studying thermal transport using molecular-level simulation techniques.

Example 1: Molecular dynamics simulation of the strain effect on the thermal conductivity of amorphous polyethylene 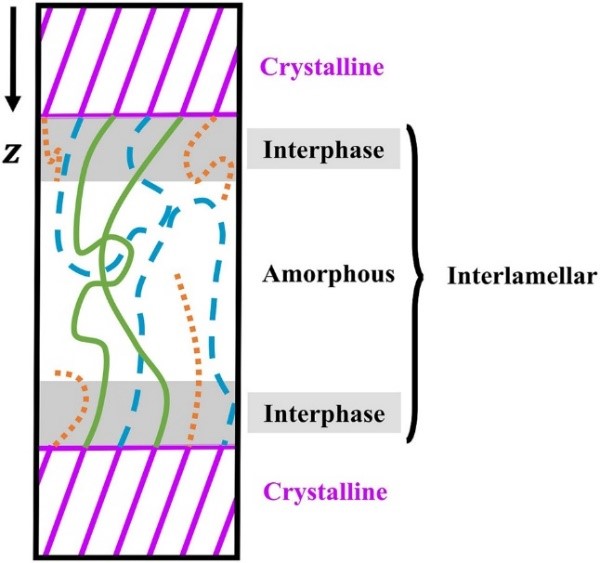 Ultrafast laser-based characterization of thermal properties is used as micro/nanoscale thermometry, which can now allow temperature measurements at length and time scales comparable to the mean free paths and relaxation times of heat carriers. Time-domain thermoreflectance (TDTR) has emerged as an effective general-purpose tool for such ultrafast thermal transport measurements. Although well-established and powerful, TDTR does have certain limitations.  We are interested in advancing the technique to overcome the limitations in TDTR. An excellent start has been the thermometry based on time-resolved magnetic-optical Kerr effect (TR-MOKE). By using a ferromagnetic thin film rather than a normal metal thin film as transducer layer, the temperature change is probed by the time-resolved Kerr rotation instead of thermoreflectance.

We will use both TDTR and TR-MOKE to characterize thermal transport in micro/nanoscale systems. The developed experimental system will enable further understanding of nanoscale and ultrafast thermal transport fundamentals by imaging thermal transport with nanoscale spatial and picosecond temporal resolutions simultaneously. The success of such an implementation will enable us to watch how thermal energy is dissipated in materials, propagated through an interface of dissimilar materials, and transported in a variety of environment. We have also developed the 3-omega method in our lab to investigate the thermal conductivity in thin films and bulk materials. 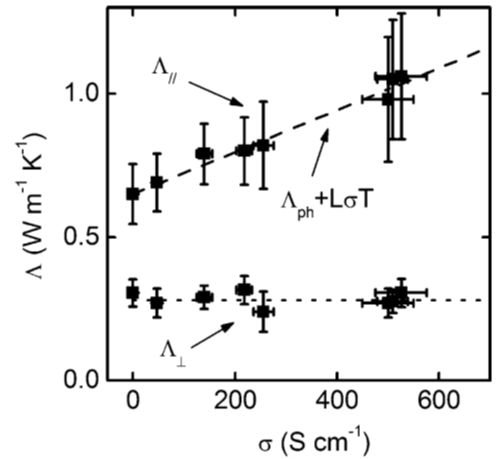 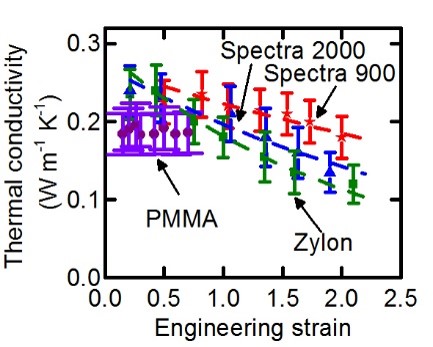 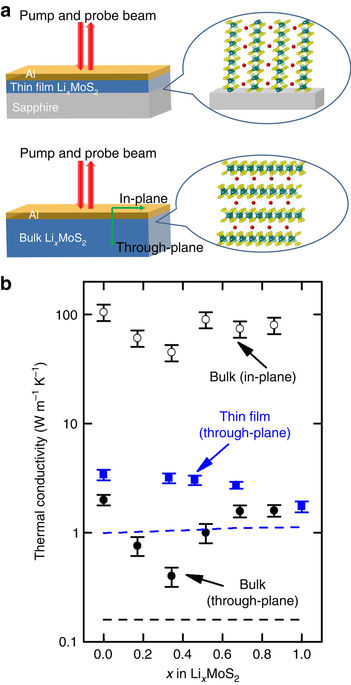 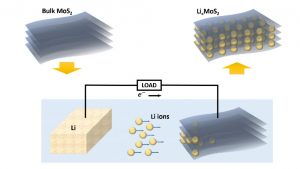